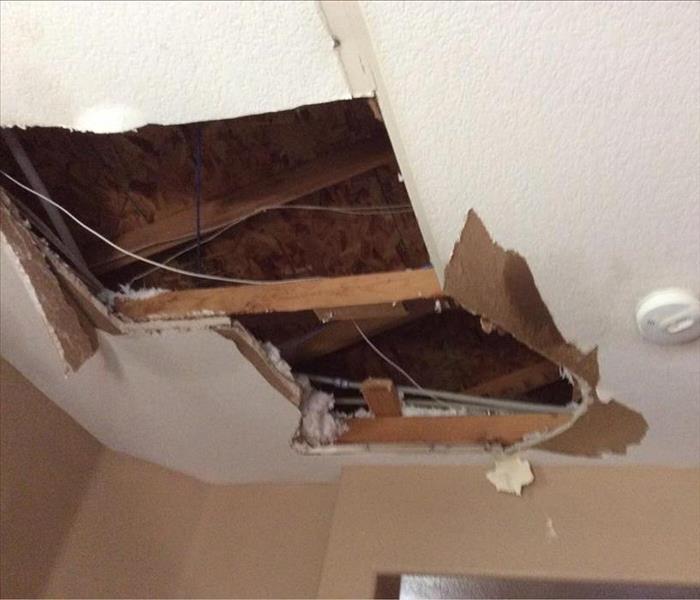 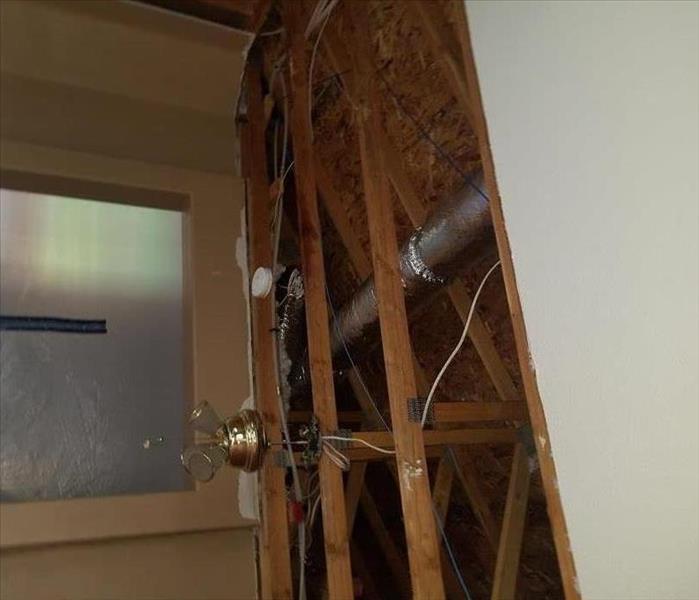 The damaged ceiling and floors were a result of a water leak. There were some faulty pipes running through the ceiling and caused damage in multiple places. The water piled up, leaked through and eventually caused the ceiling to cave in. Thankfully, the family was not in the room at the time and no one was injured. The process to dry the walls, ceiling and floors and to also remove the affected materials took 4 days in total. The family is on the road to rebuild and were very pleased with SERVPRO of Woodcrest/El Cerrito/Lake Matthews very fast response!

View More Before & After Photos